Alzheimer’s disease is a growing epidemic with someone in the United States developing it every 66 seconds and is the nation’s sixth-leading cause of death. As a Platinum National Team, the Sigma Kappa Foundation is committed to putting an end to Alzheimer’s by creating a major funding stream to the national Alzheimer’s Association for research to find a cure. 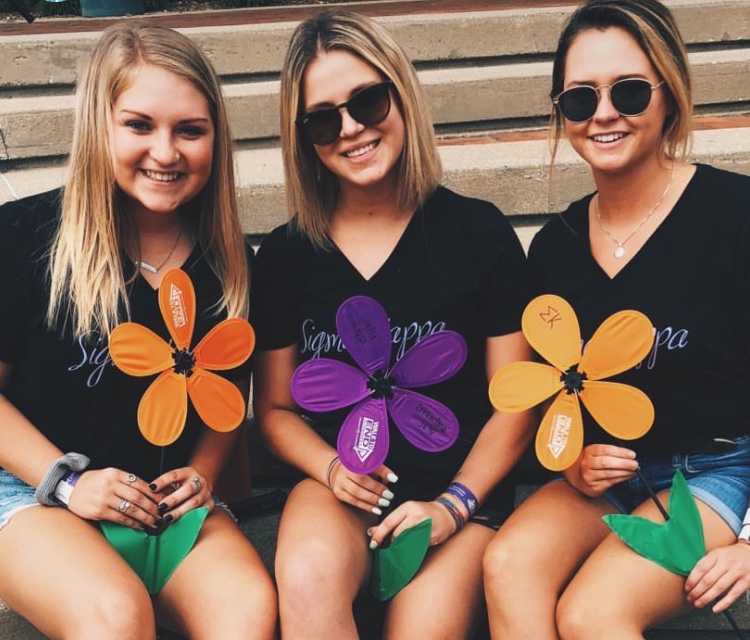 Through Alzheimer’s disease and gerontology-related research grants from the Sigma Kappa Foundation, Sigma Kappa has become one of the nation’s leading private contributors to Alzheimer’s disease prevention, research and treatment efforts. Since 1989, the Sigma Kappa Foundation has granted more than $3 million in research grants including the lead gift of $1 million for the Women's Alzheimer’s Research Initiative. The gift funds clinical research focused on women, as well as studies led by female researchers who are working to advance Alzheimer's and dementia science. 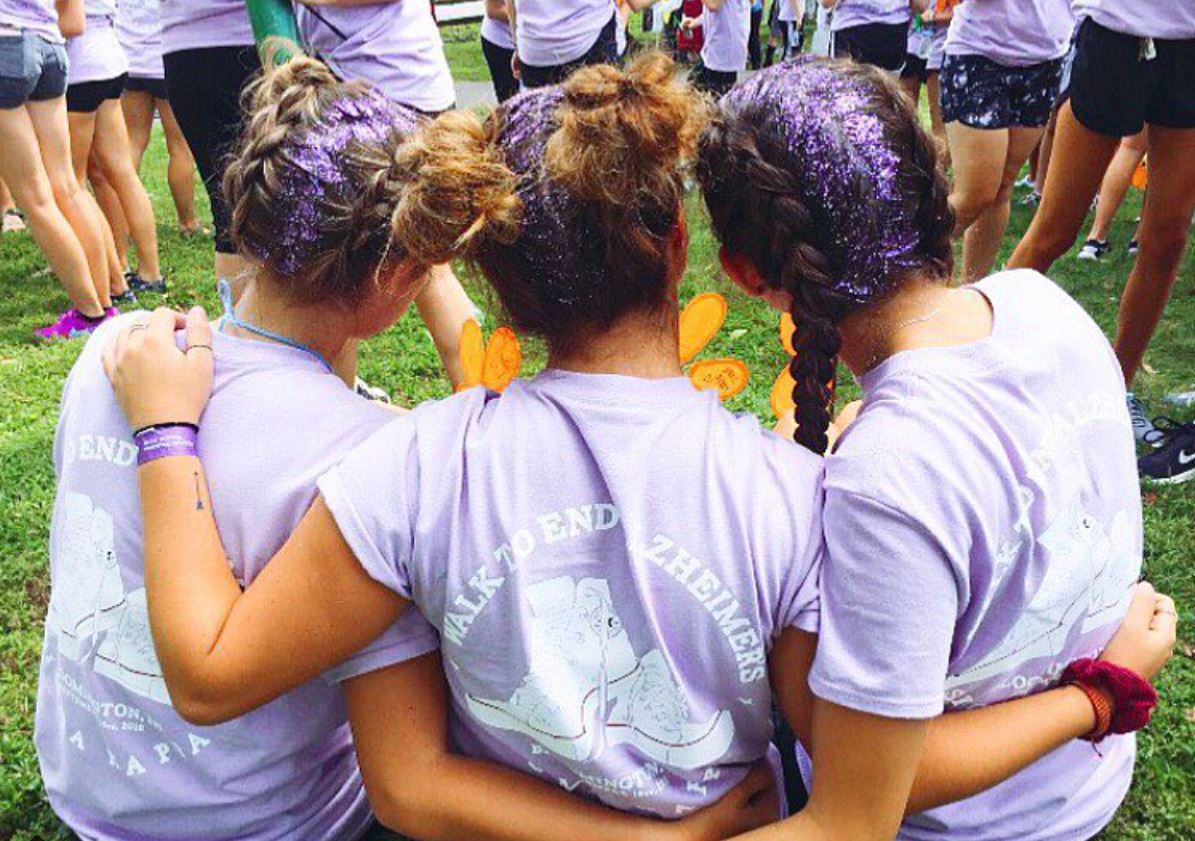 Our chapter participates in the Walk to End Alzheimer's and continually fundraises to help find a cure for this disease. On September 16, 2018 we participated in the Bloomington, IN Walk to End Alzheimer's held at the City Hall Plaza. Our sisters' efforts made the Tau chapter the #2 top fundraising team with the best team spirit, and a total of $15,343.55 raised! We will keep working and fighting until Alzheimer's disease becomes a distant memory.